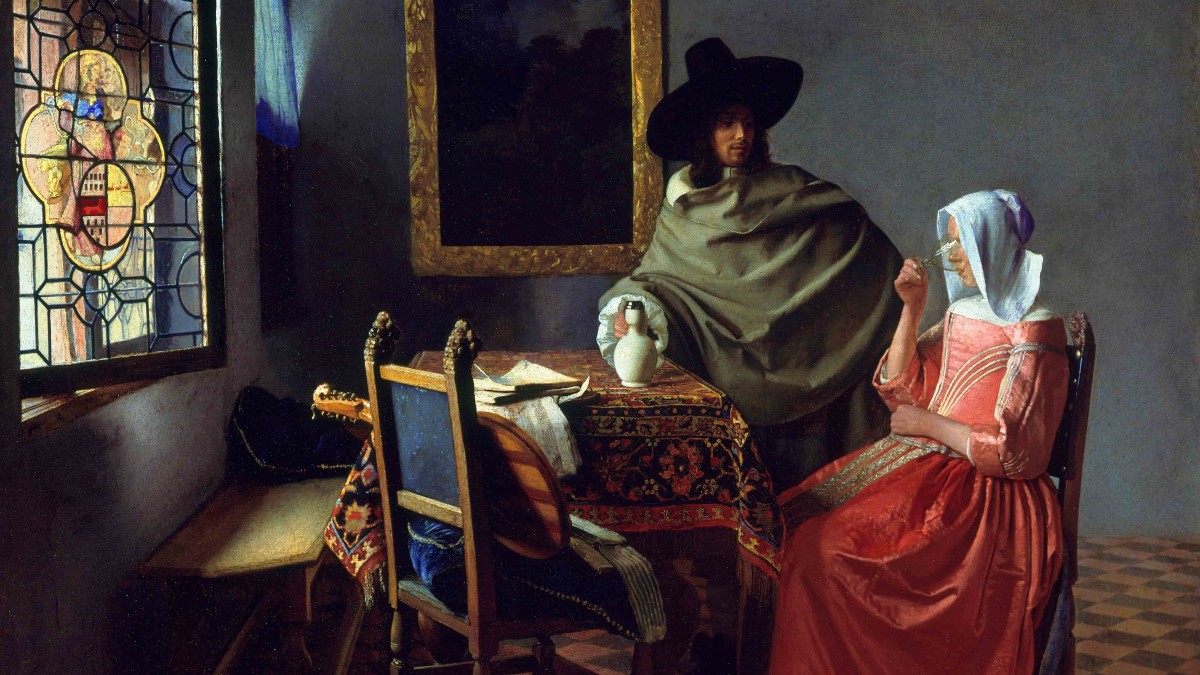 The Glass of Wine

In the late 1650s Pieter de Hooch developed a type of genre painting that epitomizes what has come to be known as the Delft School. In such paintings, a group of figures is situated in a spacious, light-filled interior or courtyard. The architectural space is carefully defined, and the perspective recession of windows, ceiling beams, tiles, and bricks is accurately constructed. Figures, whether they be socializing around a table or occupied in domestic chores, tend to be set back in the space rather than situated in the foreground. Vermeer's The Glass of Wine belongs entirely in this context. It is one of the clearest demonstrations of how he responded to the achievements of another artist. In this scene Vermeer depicted a spacious interior and set the figures back from the picture plane. Laws of linear perspective are rigidly and obviously followed. The subject of figures drinking around a table, and even the portrayal of a woman drinking from a glass, are taken from De Hooch. 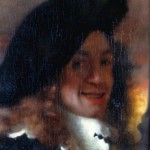 Johannes, Vermeer (1632 – December 1675) was a Dutch painter who specialized in domestic interior scenes of middle-class life. Vermeer was a moderately successful provincial genre painter in his lifetime. He evidently was not wealthy, leaving his wife and children in debt at his death, perhaps because he produced relatively few paintings.Vermeer worked slowly and with great care, and frequently used very expensive pigments. He is particularly renowned for his masterly treatment and use of light in his work. Vermeer painted mostly domestic interior scenes. "Almost all his paintings are apparently set in two smallish rooms in his house in Delft; they show the same furniture and decorations in various arrangements and they often portray the same people, mostly women." 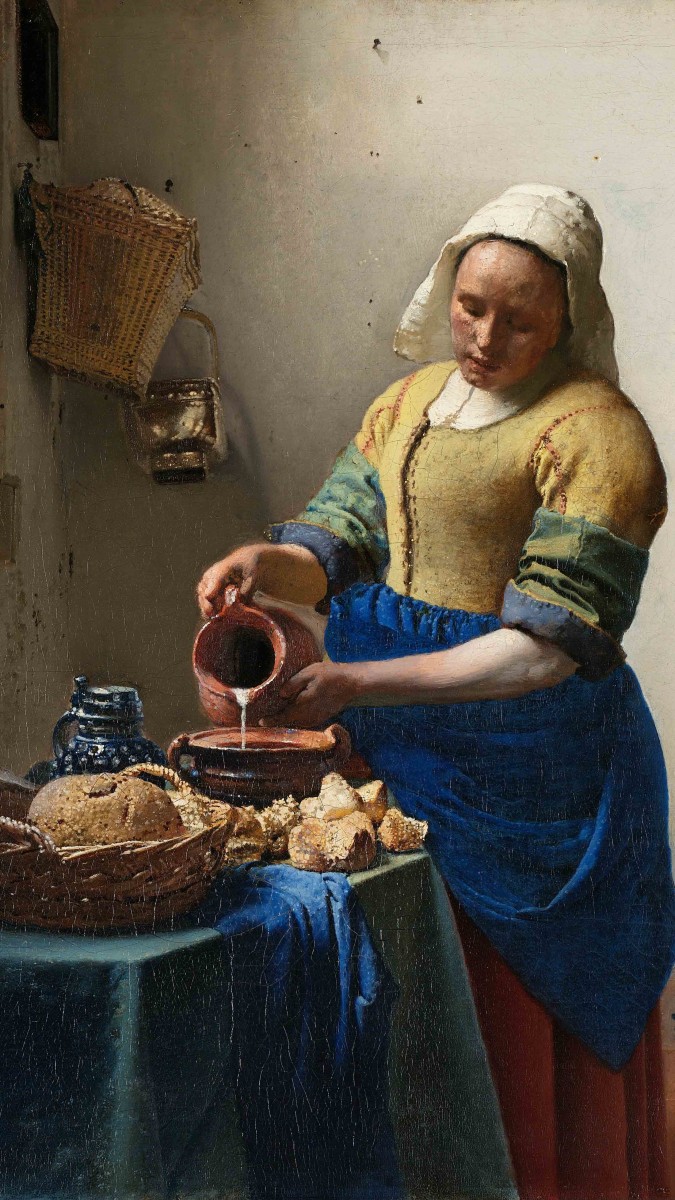 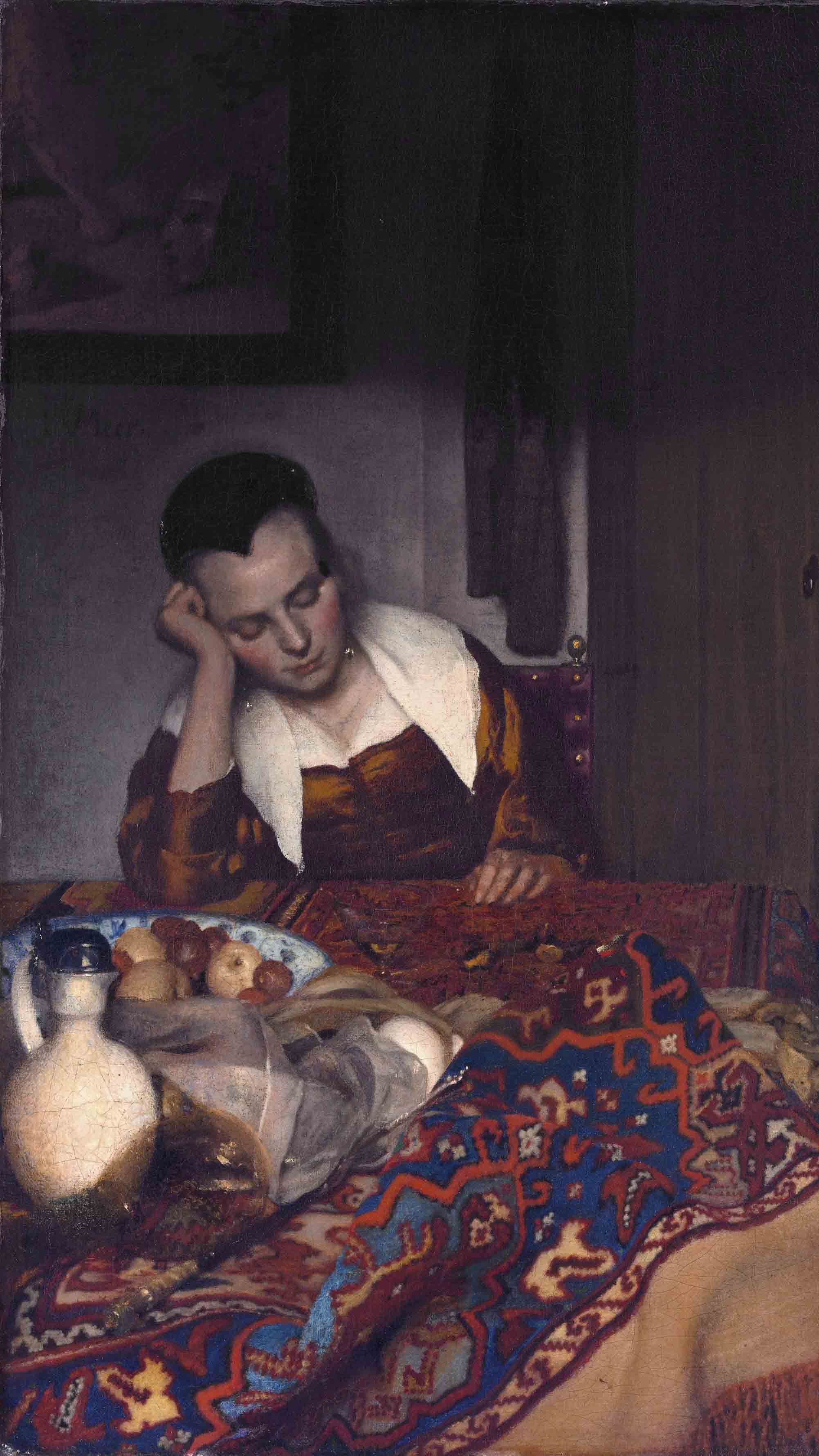