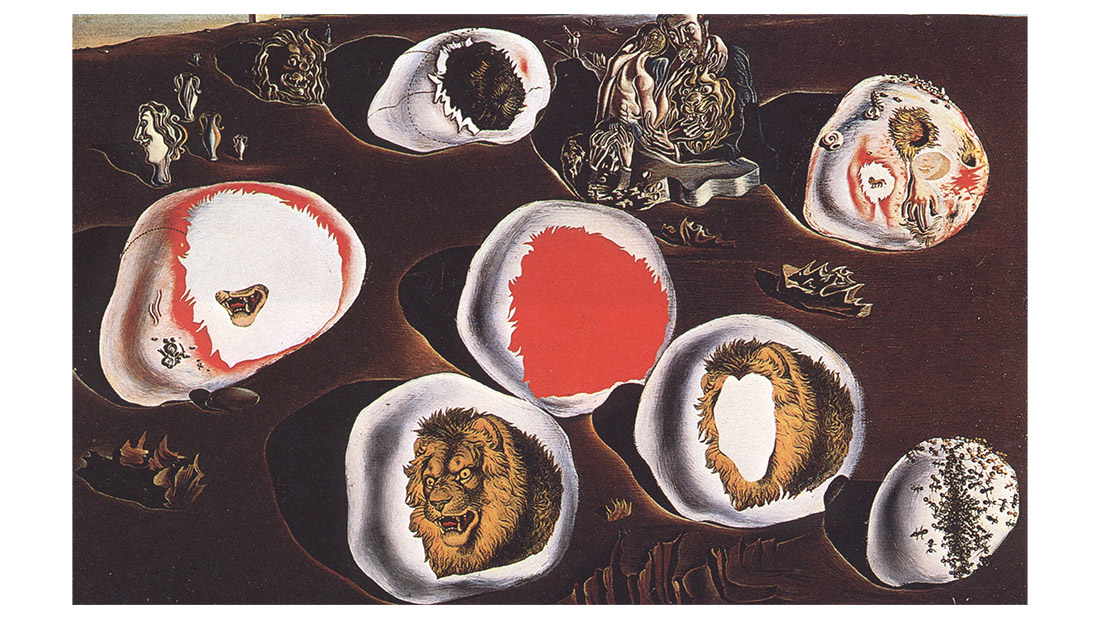 The Accommodations of Desire

The Spanish-born artist Salvador Dalí was officially allied with Surrealism from 1929 to 1941, and even afterward his work continued to reflect the influence of Surrealist thought and methodology. His flamboyance, flair for drama and self-promotion, and hyperactive imagination reinvigorated the movement and its public popularity. Dalí, who was given to hallucinations and paranoiac visions, cultivated these outrageous subjects for his paintings, rendering them so meticulously that they were unsettling in their clinical matter-of-factness. Such pictures exemplified the Surrealist preoccupation with dreams and the unconscious.

Painted in the summer of 1929, "The Accommodations of Desire" is a small gem that deals with Dalí's sexual anxieties over a love affair with an older, married woman. The woman, Gala, then the wife of the Surrealist poet Paul Éluard, became Dalí's life-long muse and mate. In this picture, which Dalí painted after taking a walk alone with Gala, he included seven enlarged pebbles on which he envisioned what lay ahead for him: "terrorizing" lions' heads (not so "accommodating" to his "desires" as the title of the painting facetiously suggests), as well as a toupee and a colony of ants (a symbol of decay). Also depicted are various vessels (one in the shape of a woman's head) and three figures embracing on a platform. Dalí did not paint the lion heads but, rather, cut them out from what must have been an illustrated children's book, slyly matching the latter's detailed style with his own. These collaged elements are virtually indistinguishable from the super-saturated color and painstaking realism of the rest of the composition, startling the viewer into questioning the existence of the phenomena recorded and of the representation as a whole.

Salvador Domingo Felipe Jacinto Dalí i Domènech, Marquis of Dalí de Púbol , 1904 – 1989, known professionally as Salvador Dalí (/ˈdɑːli, dɑːˈli/ Catalan: [səɫβəˈðo ðəˈɫi]; Spanish: [salβaˈðoɾ ðaˈli]), was a prominent Spanish surrealist artist of Catalan ethnicity born in Figueres, Catalonia, Spain. Dalí was a skilled draftsman, best known for the striking and bizarre images in his surrealist work. His painterly skills are often attributed to the influence of Renaissance masters. His best-known work, The Persistence of Memory, was completed in August 1931. Dalí's expansive artistic repertoire included film, sculpture, and photography, in collaboration with a range of artists in a variety of media. Dalí attributed his "love of everything that is gilded and excessive, my passion for luxury and my love of oriental clothes" to an "Arab lineage", claiming that his ancestors were descended from the Moors.