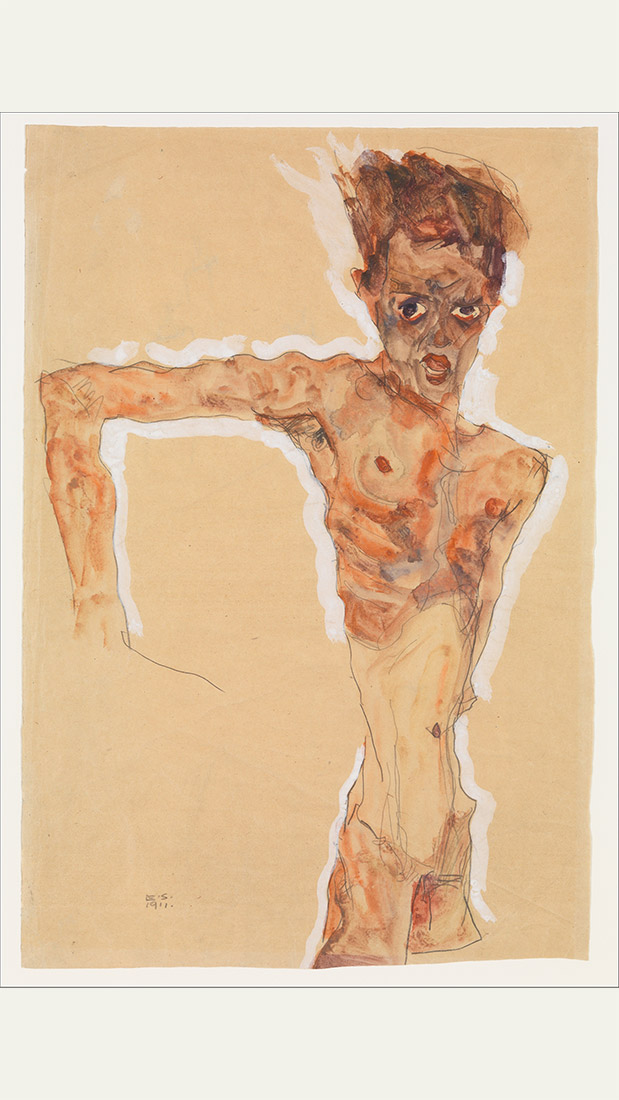 Egon Schiele's career was short, intense, and amazingly productive. Before succumbing to influenza in 1918 at the age of twenty-eight, he created over three hundred oil paintings and several thousand works on paper. The human figure provided Schiele with his most potent subject matter for both paintings and drawings. The self-portraits of his large series of watercolors and paintings produced between 1910 and 1918-of which this one is a prime example-are searing, psychologically complex images. The emaciated, tortured figure of the artist, bony and angular, bristles with an inner tension made visible by the agitated pencil line and painted white surrounding aura. Schiele stares wildly, his large, dark eyes glaring menacingly, his mouth open, and his shock of hair standing on end. In a pose suggestive of the crucified Christ, his arm is thrust out awkwardly and bent sharply at the elbow. Color is limited to shades of brown, with only certain areas of the body (mouth, nipples, navel, and genitals) tinted red. 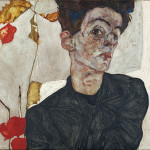 Egon Schiele (German: [ˈʃiːlə] ; 1890 – 1918, was an Austrian painter. A protégé of Gustav Klimt, Schiele was a major figurative painter of the early 20th century. His work is noted for its intensity and its raw sexuality, and the many self-portraits the artist produced, including naked self-portraits. The twisted body shapes and the expressive line that characterize Schiele's paintings and drawings mark the artist as an early exponent of Expressionism.